Really this can be called the Under 4 to 8’s as we welcome all children with an interest in trying out the great game of hurling. Training for this group is all about fun and developing a love for the game.  As well as starting on the basic skills children get great exercise.  There is also an indoor aspect when the nights get dark and cold.  This year the boys and girls trained together under the same coaches.

An important part of the U8’s training programme is participation on the Go Games Blitz’s that happen every year.  Coolderry GAA is proud of the fact that each year the U8’s attend all of the blitz that are scheduled.

In addition to the Go Games the U8’s get to participate in other games with clubs.  In the last number of years they have played matches in Graigue-Ballycallan, Kilkenny; Callan, Kilkenny, Lucan Sarsfields, Dublin Etc,.  In September/October each year with host a final end of year blitz to sign off the year 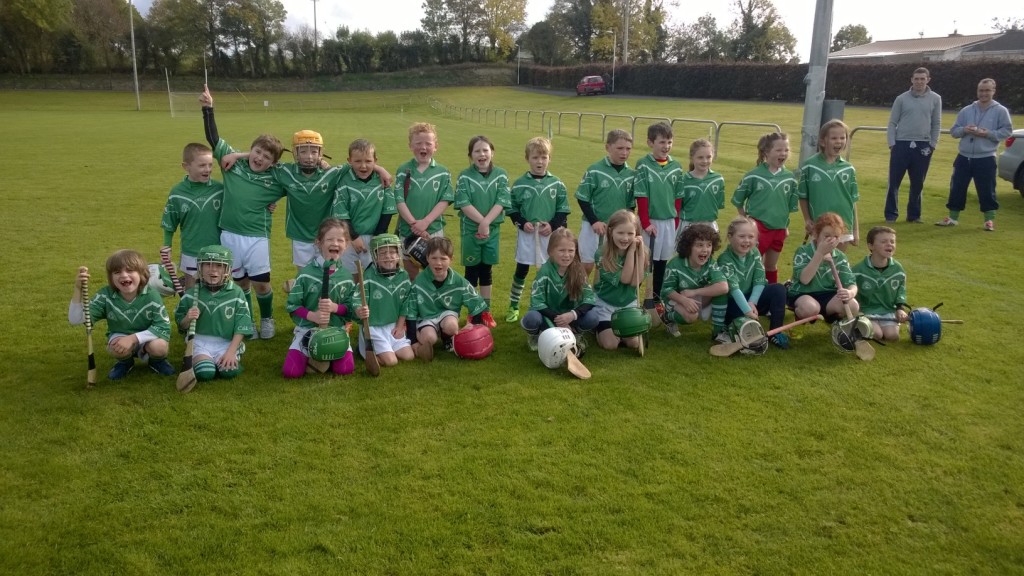